A prayer to Michael the Archangel, Patron Saint of Paratroopers by Lew Poorman:

Angelic Michael, hear my call
As through the sky I now will fall.
Satan you once cast from here.
Aid me now to conquer fear.
My static line have hooked to hold.
And then my chute it to make unfold.

Suspension lines untangled be
And open up my canopy.
From other jumpers float me clear
As safely down I persevere.
On angel wings I hit the ground.
My father's favor I have found.
In thanks, St Michael, I do pray
For God has helped me - all the way.
Amen

I rolled out of bed at 04:30 - a feat in itself for me but, as the day unfolded, a feat that was beyond worth it.  A couple of the men from the 2-503d (Steven Van Esch and Fabe Sesma) had made arrangements for me to join family members and attend the jump.  I will never be able to thank those men enough for arranging this.

I walked across post to the 2-503rd Battalion HQ where I had been told to be by 06:30 in order to board a bus for Aviano where the jump would take place.   There was a bit of confusion about where the buses were - they were not at the 2-503d HQ.  Around 06:20 I made my way into the building and inquired at the staff duty desk as to where I should be.  The Soldiers asked around and directed me to the soccer field. 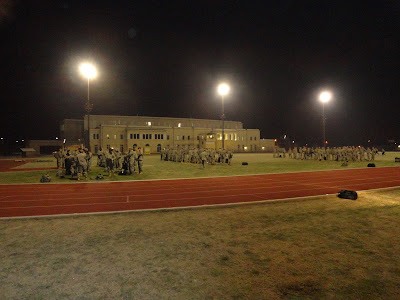 SGT Remmel went onto the field to join the 2-503d Soldiers while I waited on the edge of the field.  As I was waiting I met Jenn Cook, the Brigade Chaplain's wife, and their son Edward.  Jenn took me under her wing all day.  I am grateful to her for her guidance and support.  I am so thankful our paths crossed.

A little after 07:00 they called for the Soldiers and the few family members who were there to board the buses.  I had no idea where SGT Remmel was or what bus to board.  About that time CPT Andy Oliver came walking by and recognized me.  I was still half asleep so I was thrilled to see a familiar face.  CPT Oliver called out to someone to make sure I was on the bus with 2-503d Chosen Company.  The next thing I knew I was not only on the bus with SGT Remmel but we were seated next to each other.  PERFECT! 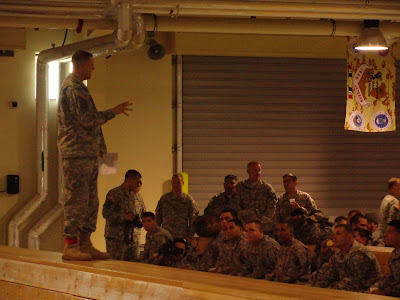 MAJ Cook telling us about St. Michael then saying a prayer for a safe jump

After MAJ Cook finished each of the Battalion Chaplains presented the Soldiers who were jumping with a St. Michael medallion to commemorate the jump. 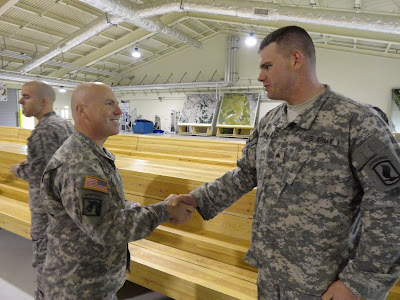 The three C-130s that would take the paratroopers up arrived. 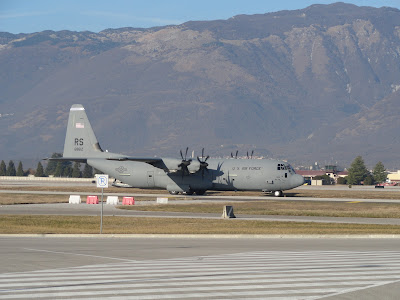 The paratroopers were briefed on the LZ (Landing Zone).  It was a little unnerving for me to listen to the person conducting the briefing discus what to do if 1) you land in a tree or 2) you land on a power line, etc.  But good to know all bases are covered! 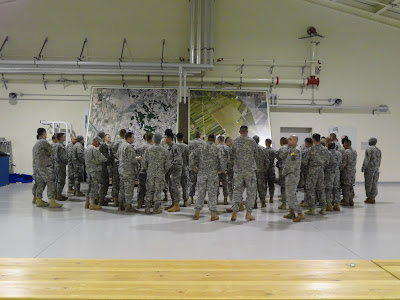 Briefing on the LZ

Then the paratroopers, by Battalion, were called out to "rehearse" the elements of the jump.  Following are a few of the elements they rehearse: 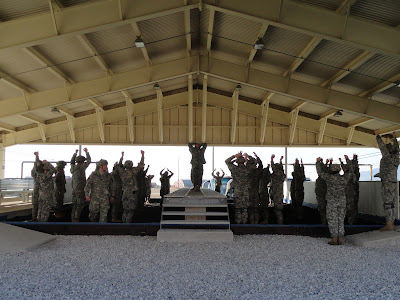 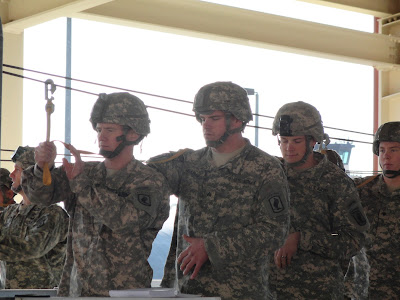 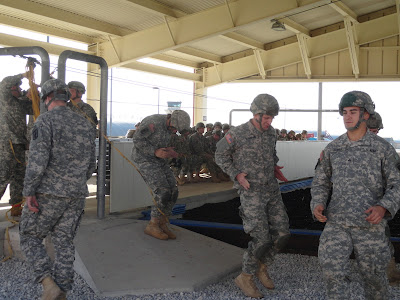 Rehearsing #3 (I couldn't help but think of bunny hops.  LOL)

A little while later they lined up to get their chutes from the conex, 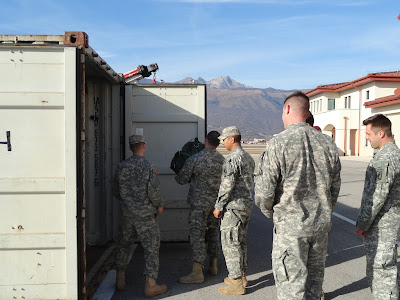 Then they completed some basic preparation before rigging up in the chutes. 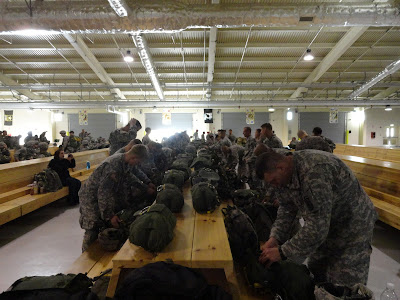 Not long after that it was time to "buddy up" and "rig up" in the chutes. 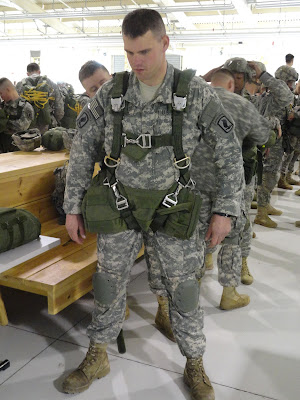 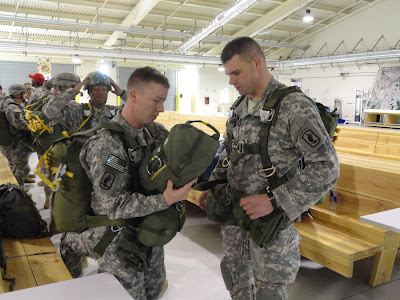 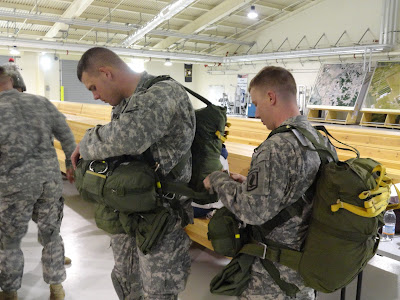 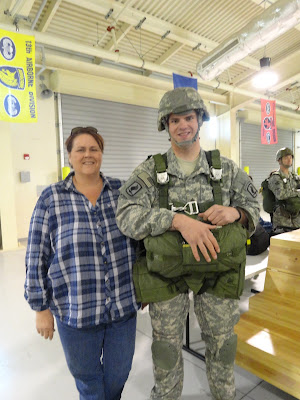 Me and SGT Remmel

After they were all rigged up a Jump Master checked each paratrooper to make sure everything was in order and, I think, prepares the static line.  For once I didn't ask a million questions - I tried to stay out of the way since I knew it was essential that this all be done properly to ensure the safety of each paratrooper. 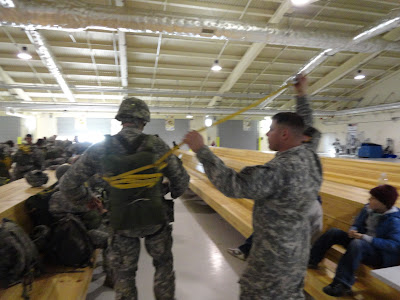 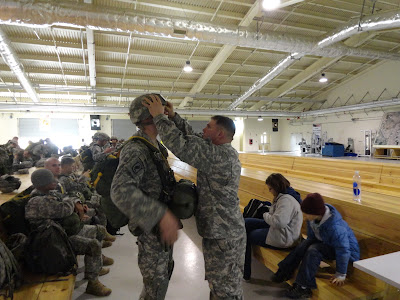 Jump Master continuing to check everything on SGT Remmel 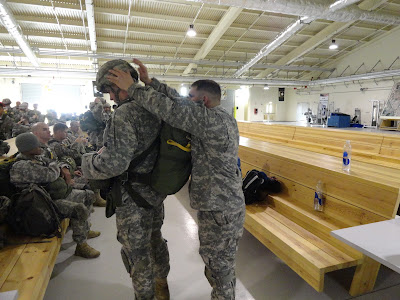 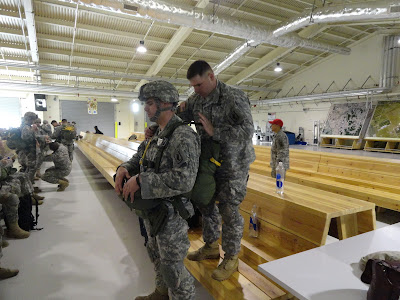 
All rigged up and inspected.  Now time for a nap before the jump. 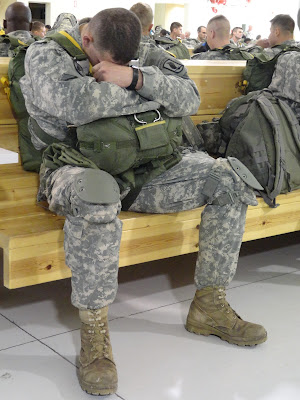 GO TIME!  Time to load up on the birds. 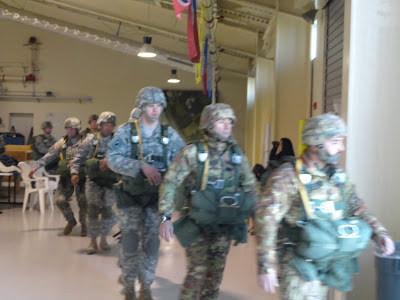 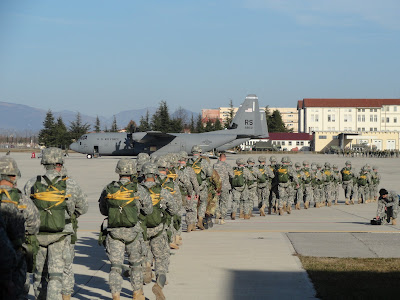 After we watched the paratroopers file out to the planes we hopped on a bus to go to the LZ (Landing Zone).  We weren't there too long before we saw the planes approaching. 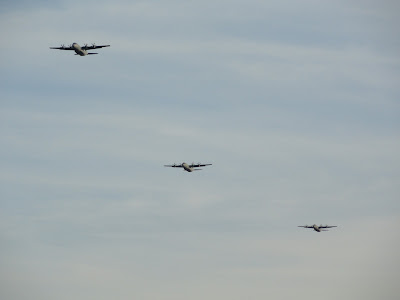 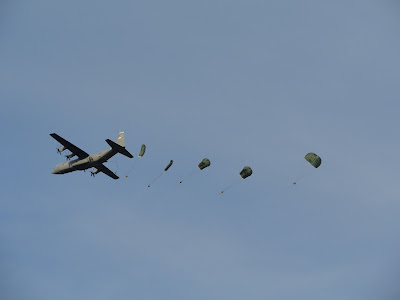 As the first chutes popped it was both breathtaking and an emotional moment for me.  Not a "boo hoo" type of emotion but I couldn't stop the tears from streaming down my face.  Jenn Cook came over and saw my tears.  Before I even had the chance to explain myself she assured me she understood.  Then I told her about one of those men who was jumping out of the third aircraft.

He was shot during an ambush back in OEF VIII.  He wasn't medevaced for about 3 hours due to the intensity of the fight and the helos not being able to land.  Once he got to Asadabad he "died" 2 or 3 times but the incredible medical staff kept reviving him.  By the time he got to Landstuhl he was on life support.  His family was called and told that they (Landstuhl) would try to keep him alive until the family got there.  Another miracle happened and he stabilized enough to be sent to WRAMC (Walter Reed Army Medical Center).

Once at WRAMC his was in a comma and declared brain dead.  As his family stood vigil for 10 days there was no change.  Then, one more miracle, on the 10th day he woke up.  He fought for 22 months at WRAMC to get healthy - to get well.  His only goal was to return to the 2-503d.  And he did.  He did so by determination.  He endured numerous surgeries and procedures; months of waiting; mountains of paperwork.  He could have been medically retired from the Army but not this Paratrooper.  It was all about getting back to his unit.

Not only did he return to the ROCK but he deployed with them in OEF X.  What a stud!

So there I was standing at the Landing Zone in Aviano, Italy knowing that one of those Paratroopers beneath one of those canopies was this young man.  Yep, I got emotional and I'll never apologize for that.

To be honest the emotion wasn't just about that one Paratrooper, though.  It was about how damn fortunate I am to be allowed to love and to be so loved by so many of the ROCK Paratroopers and their families.  Not one day passes in my life that I don't know how fortunate and blessed I am. 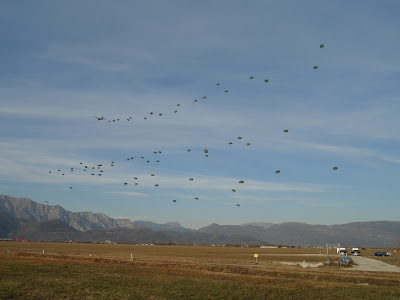 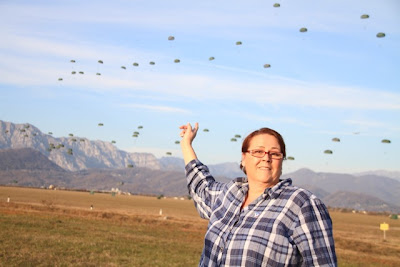 Those are "my" guys! 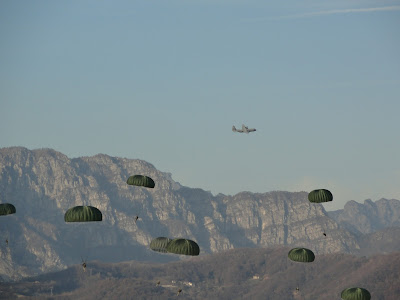 Paratroopers against the back drop of the mountains near Aviano as the C-130 circles for another pass. 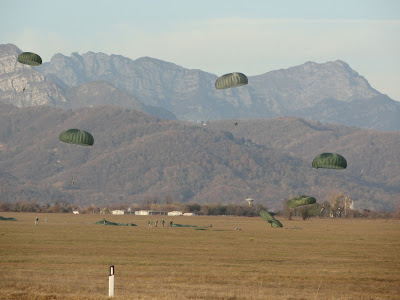 I hope you all had soft landings! 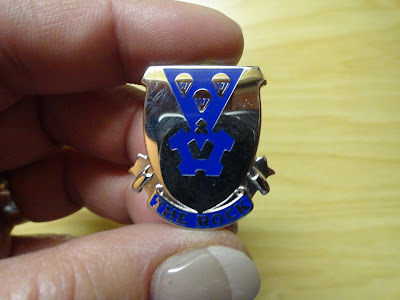 SGT Remmel tucked this away in one of the pockets of his ACUs and jumped with it.  Just minutes after his jump he handed it to me.  There are no words for how special this is.

As we were standing around waiting for all of the Paratroopers to make their way across the road from the LZ to where we were at the buses I noticed a gentleman with the name tape "Rohling".  What a bonus!  COL Andy Rohling who is now the 173rd ABCT Commander.  I introduced myself and thanked him for the opportunity to be at the jump.  COL Rohling was previously the S-3 and XO for 2-503d.  COL Rohling was kind enough to chat with me for a few minutes.  As we were chatting he handed me the St. Michael medallion that he had been given that day.  I was beyond honored.

Some Italian Jump Masters had participated in the jump.  After everyone was safely back on the ground, the chutes were stored away and everyone assembled near the buses both MAJ Cook and an Italian Commander had Soldiers from each country exchange jump wings.  Then each Commander said a few words about what a special day it was.  And it was SO special in every possible way.

When we boarded the buses to return to the airfield at Aviano MAJ Cook came to my seat.  He told me that Jenn had filled him in a little on why I was there.  Then he reached in his pocket and pulled out one of the St. Michael medallions and told me that he would like for me to have it.  I was honored and speechless.  I told him that COL Rohling had already given me his.  MAJ Cook asked that I accept the one from him, too.  Another blessing to my already more than perfect day. 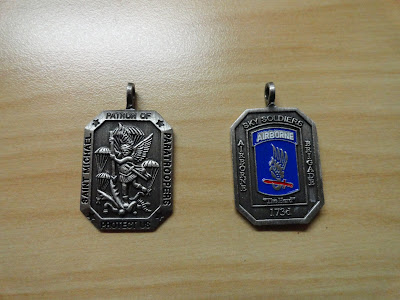 The St. Michael medallions given to me by MAJ Cook and COL Rohling - showing the front and back.

Honored, humbled, privileged, grateful...there really just aren't words to fully describe my feelings for being allowed to experience the St. Michael jump.  I am forever thankful.  This day is absolutely one of the most cherished days of my life.

Jump week continued for the Paratroopers in Vicenza.  On Tuesday I know some of the ROCK Paratroopers were at Aviano for day jumps from Chinooks and night jumps from the C-130s.  Wednesday and Thursday there were more jumps.  I hope all of the jumps on Tuesday - Thursday were as safe as the ones on Monday.  I'm sure there were many pairs of wings buried on the landing zone last week.  I'm told that tradition is that when a Paratrooper makes his/her last jump on an LZ they bury a pair of their wings.  I know a couple of men who made their last jump as a member of the ROCK.  I wish them well as they move on with their military careers and lives.  They will always be ROCK Paratroopers to me.  Once ROCK, always ROCK.  Right?

Again, my thanks to Steven Van Esch, Fabe Sesma, Bob Remmel, Jenn Cook, MAJ Cook, COL Rohling, LTC Larsen and all of the ROCK Paratroopers for allowing me this once in a lifetime experience as well as for your support to me.

AIRBORNE!!!
Posted by ParachuteCutie at 9:24 AM 5 comments