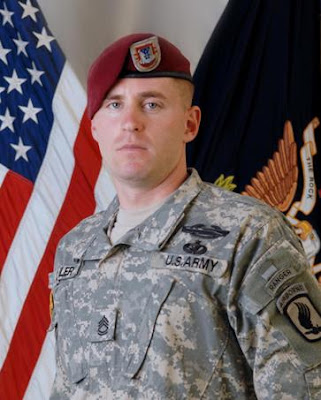 I learned today that, in order to earn the Pathfinder Badge, the student navigates dismounted, establishes and operates a day/night helicopter landing zone, establishes and operates a day/night CARP, GMRS, and Army VIRS parachute DZ, conducts slingload operations, provides air traffic control and navigational assistance to RW and FW airborne operations. Students participate in a three day FTX (I think that means in the field) as a member of a Pathfinder Team.

So today, in true Army fashion, the graduation was held OUTSIDE in a freezing rain only feet from a huge, warm, dry building.  But I wouldn't have missed it for anything!

Tyler, I could not be more proud of you for this accomplishment and so many others you have attained.   WELL DONE!  Congratulations to Misty, too, for her support of your Army career and those long and difficult deployments.  You two are an amazing couple and it is truly a privilege and honor to know you and call you friends. 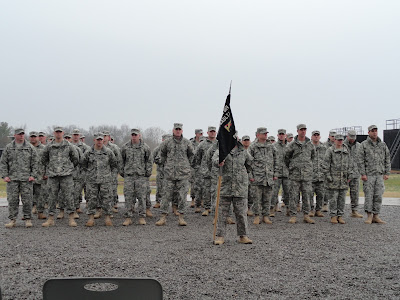 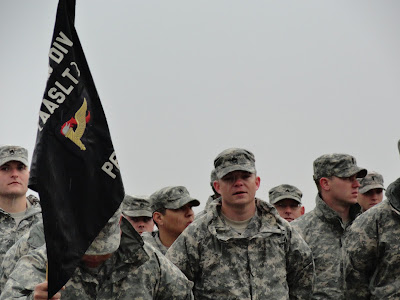 The man of the hour! 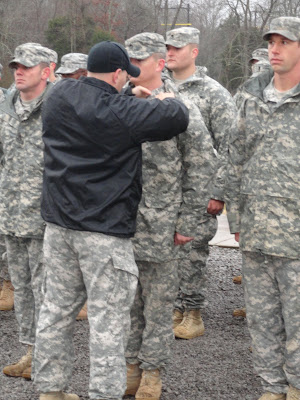 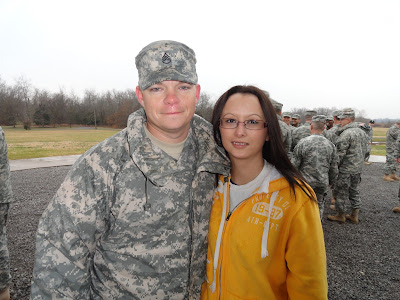 Behind every successful Soldier is a supportive spouse!
SSG Tyler and Misty Schmidt 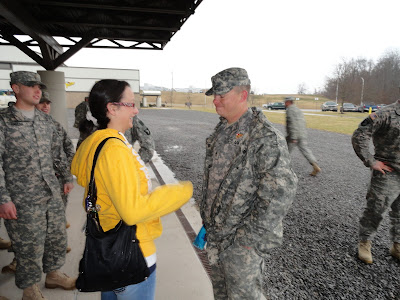 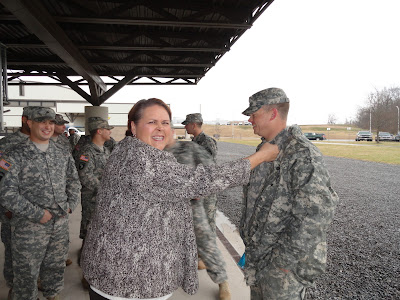 Well, Misty, if you won't, I will!  Time to draw some blood and make sure that badge sticks!
Love you guys and thank you for introducing me to some of the men from your recent deployment.  Being at your graduation was one privilege.  Meeting those men was yet another.

Now get some rest before moving on to your next task.
Posted by ParachuteCutie at 6:18 PM 0 comments

From 9 News in Colorado - the story of how people around the nation came together to help honor the wish of a fallen Hero,  CPT Bruce Hayes from the Wyoming National Guard, deliver "one last gift" to his wife and daughters.

Remembering CPT Bruce Hayes - killed in action 17 September 2008 by a roadside bomb in eastern Afghanistan.
Posted by ParachuteCutie at 6:57 AM 0 comments